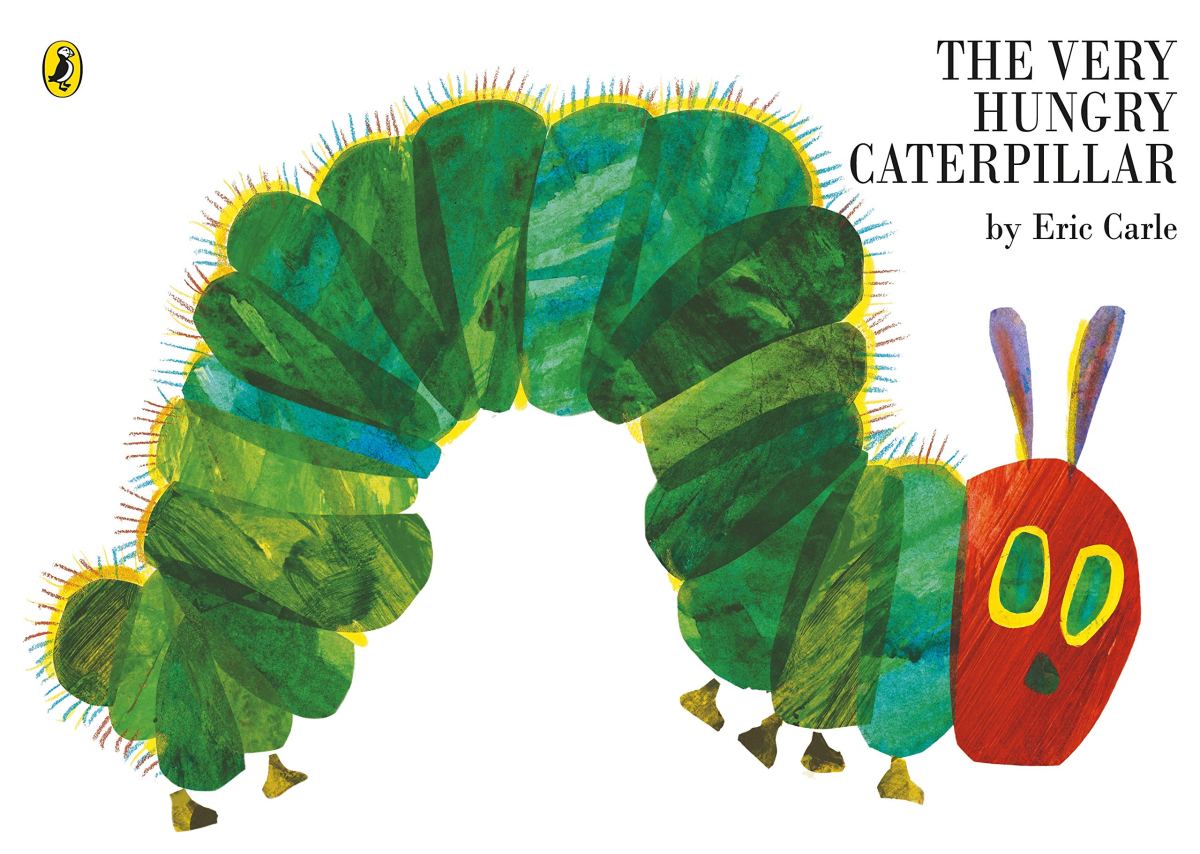 In 2011, the tradition of rewriting the “The Very Hungry Caterpillar” story by Eric Carl was initiated. This well-known and much loved children story was chosen in particular since it featured much of the essential and basic vocabulary Arabic language students were expected to know by this stage of the Intensive Arabic Programme at IMES. The main vocabulary areas were namely: days of the week (أيام الأسبوع), numerals (الأرقام), food and drink (الأكل والشرب), colours (الألوان), adjectives (أسماء الصفة), basic verbs (الأفعال) and time vocabulary (مفردات الوقت).

After several months of learning Arabic intensively, students were immersed into the original story in Arabic using a variety of kinaesthetic and hands-on activities. Once they got to grips with the concepts within the story, a language assignment was set in which students were encouraged to think creatively and write freely in Arabic. The task was simply to work in groups to produce their own unique and creative version of “The Very Hungry Caterpillar” to showcase their newly acquired vocabulary and writing skills.

Within a short period of time, students produced wonderful and some hilariously funny stories over the past four years. Some class favourites are:

To share and celebrate these creative achievements, over the past two years a tea party of a homemade cake decorated as none other than the Very Hungry Caterpillar served with Moroccan mint tea was organised to mark the end of the term. This year,  after showcasing all the stories, we also had a competition with prizes for the story most voted by the students themselves.

Since these stories are so well written and rich with vocabulary and creative ideas, we felt it is a shame to let them go to waste and so we are planning to collate the several years of accumulated stories into a collection that can be accessible, hopefully soon, across the University.

This initiative was introduced and led by Mourad Diouri as part of the curriculum of the Intensive Arabic Programme which is accessible to students enrolled at the MSc Arab World Studies and the MSc in International Relations of the Middle East with Arabic.